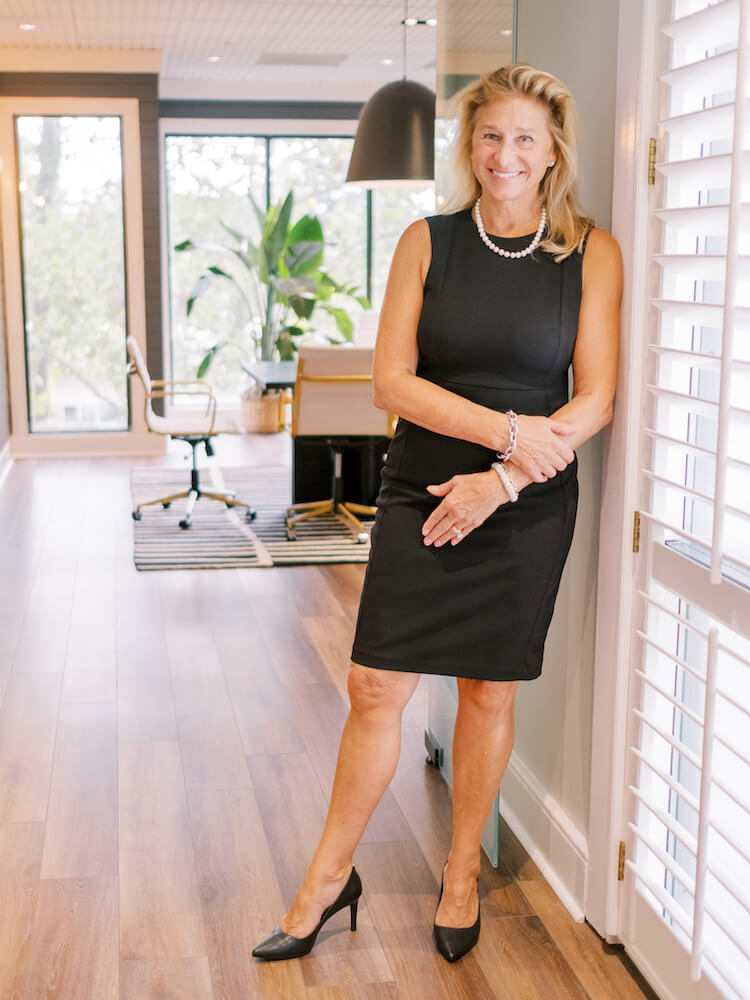 I love helping clients through difficult times in their life, whether due to a physical injury or a legal issue. I have a special understanding of what clients are going through after an injury or loss, which helps as we go through the legal process.

After a successful career in medical sales, Daphne decided to switch gears by becoming a Legal Nurse Consultant Certified (LNCC), a highly-skilled area of nursing that is essential in assisting personal injury and medical malpractice attorneys. She eventually enrolled at the John Marshall Law School in Atlanta and received her Juris Doctor in 2012. Daphne passed the Georgia Bar later that year and began working as a personal injury attorney at a large insurance defense firm in Marietta, Ga.

After relocating to Hilton Head Island in 2013, she worked for a prestigious law firm in Savannah, where she was instrumental in securing several multimillion-dollar settlements. Driven by the desire to work and contribute to the Hilton Head community where she lives, Daphne passed the South Carolina Bar and joined the team at Olivetti, McCray, and Withrow, LLC. She currently serves on the board of directors for Hospice Care of the Lowcountry, the region’s only nonprofit hospice organization.

South Carolina Association for Justice
|
2015
Hilton Head Island Bar Association
|
2015
client
reviews
★★★★★ 5/5
Hilton Head Island attorney, Daphne Withrow, of Olivetti, McCray and Withrow, along with Daniel J. Moriarty of Moriarty Personal Injury Lawyer and C. Andrew Childers of Childers, Schlueter & Smith, secured
$10M Winning Verdict
★★★★★ 5/5
Alisa and Michelle made our experience wonderful, easy and actually fun.
Jacquie G. and Cheryl W.
★★★★★ 5.0/5
Without their help and guidance, I wouldn’t have been able to carry out the wishes of my friend.
Gloria P
★★★★★ 5.0/5
Jill explained everything and answered my questions in a manner that I could understand easily.
Dorothy D
★★★★★ 5.0/5
I recommend this group 100%. They can do it all!!!
Patricia D.
★★★★★ 5.0/5
OMW is the best firm for Elder Law, the best law firm on the island. Jill Kroamer is a shining star.
Dorothea W.
contact us

Fill in the information below and one of our team will follow up with you about your legal matter.